Hughes, Magalhães Named to the USL League One Team of the Week

Both Players Contributed to Shutout and Third Straight Victory at Madison 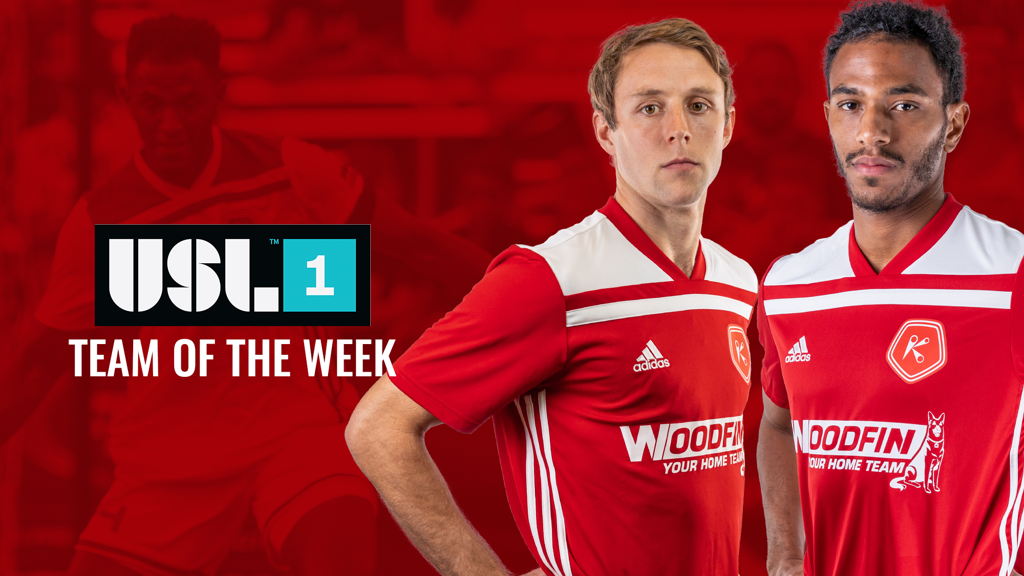 RICHMOND, Va. – (Tuesday, August 13, 2019) – USL League One announced on Tuesday that midfielder Josh Hughes and defender Ivan Magalhães have been named to the Team of the Week for Week 20 after the Kickers earned the shutout and the third straight win on the road at Forward Madison FC last Saturday night. This is the third appearance for Hughes in the USL League One Team of the Week this season and the first for Magalhães.

Hughes worked on the defensive side of the ball to help the Kickers to their seventh shutout of the season. The midfielder recorded four tackles and three interceptions to lead Richmond. He also completed 67.7 percent of his 31 passes, with one of those being the key pass to set up Daniel Jackson’s game winner in the 69th minute.

Magalhães was rock solid at the back and a key to getting the attack going for Richmond. The Brazilian defender made a team leading 51 passes, completing 74.5 percent of those. Of those 51 passes, 27 of them were on the Madison end of the field. He worked to preserve the clean sheet, recorded four clearances and making two interceptions.

The Kickers will be back at City Stadium Saturday, August 17 to host Toronto FC II and Family Fest, presented by WTVR CBS 6. The party starts at 5:30 p.m. when the gates open with half off craft beer, plus live music from the Cary Street Ramblers. CBS 6 and Star Auto Sales will be giving away two used cars on the main concourse for anyone who registers at the stadium. Fans can receive an extra entry for bringing in new clothing to donate to Communities in Schools. Get loud with the Red Army when the Kickers take the field at 7:00 p.m. to take on Toronto FC II. Tickets are available now at RichmondKickers.com.

USL League One Team of the Week - Week 20

M – Arturo Rodriguez, North Texas SC: Rodriguez scored the equalizer for his side in a 1-1 draw with FC Tucson that capped a performance in which he made four key passes, completed 55 of 66 passes overall and made seven recoveries.

F – Jordan Jones, FC Tucson: Jones scored FCT’s goal and led the line for Tucson in a 1-1 draw on the road against North Texas, winning 12 of 23 duels and 9 of 16 aerial duels in a hard-working display.

F – Jake Keegan, Greenville Triumph SC: Keegan moved into a tie for the league-lead with his ninth goal this season while also completing 20 of 22 passes and winning 4 of 6 duels against Toronto FC II.

F – Sito Seoane, Chattanooga Red Wolves: Seoane scored the opening goal for the Red Wolves against Tormenta FC, completed 3 of 4 dribbles and made three recoveries in the club’s 2-1 victory on the road.