Watch Live from BMO Training Ground on ESPN+ at 4 PM 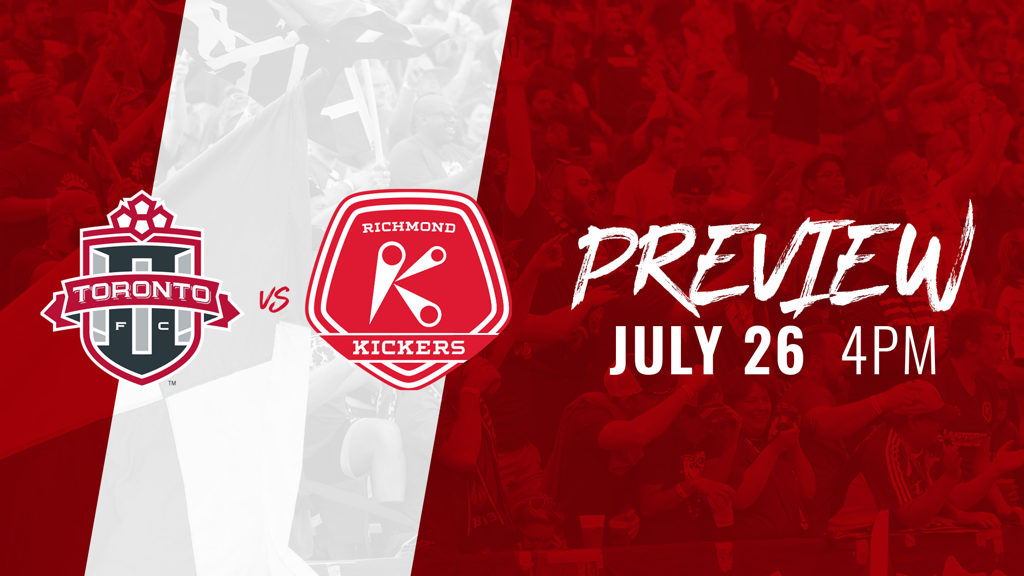 This match will be the first of three meetings this season with Toronto, with the Kickers holding the slight advantage in the series with a 5-3-1 record dating back to the 2015 season. The final two meetings of the season will come at City Stadium on July 26 and October 2. The last meeting between the two clubs came back on August 12, 2018 as the Kickers fell on the road behind a lone goal from Malyk Hamilton.

The Kickers ended their winless streak Saturday night, taking a 1-0 win at City Stadium over Orlando City B. Wahab Ackwei sent in a well placed cross for Dennis Chin to catch on the volley to rocket the ball past the Orlando keeper. Both sides would see players sent off after a scuffle on the field, with Akira Fitzgerald for Richmond and William Bagrou and Randy Mendoza for Orlando all seeing straight red cards.

Toronto needed to salvage a 3-3 draw last Friday at BMO Training Ground against Lansing Ignite FC. Lansing leveled the score at 1-1 just before halftime, converting from the penalty spot. The visitors jumped ahead, scoring two goals in three minutes early in the second half. Toronto responded with two goals in quick succession of their own, first with Matthew Srbley connecting with Patrick Bunk-Andersen in the 78th minute. Three minutes later a solo effort from Rocco Romeo would draw the teams level and splitting the points.

Richmond gets a week off next week, returning to action Saturday, August 10 as they make their first trip to Breese Stevens Field to take on Forward Madison FC. Kickoff for that match is at 8:00 p.m. ET and will be available to stream on ESPN+. Stay up to date with all of the Kickers news at RichmondKickers.com.

Richmond: Forward Dennis Chin (#15) broke the lengthy scoreless streak for Richmond this past Saturday as he broke the scoreless tie in the 70th minute, which lead to a 1-0 victory over Orlando City B. Chin has been very productive on the offensive side of the ball this season. He is second on the team in shots on goal (8) and goals (3). Chin also reached the double-digit plateau this weekend in key passes. Joe Rice (#23) will get the start in net for the Kickers as Akira Fitzgerald will be serving his one game suspension after receiving a red card Saturday night. He came in relief in the 86th minute and held his own for the final minutes. Midfielder Mutaya Mwape (#80) had a couple of chances in front of the net against Orlando. He is second on the team in shots, and he had a shot on goal in Saturday’s contest.

Toronto: Midfielder Griffin Dorsey (#19) is one of four players on the team who is in double digits in shots (16). He leads the team in assists (4) and has 23 key passes, good for sixth most in USL League One play. Defender Patrick Bunk-Anderson (#42) leads the charge on defense for Toronto. The Clemson product has 20 interceptions and 64 clearances, third most in the league. Bunk-Anderson scored on Friday against Lansing, bringing his season total to five. Goalkeeper Yann Alexandre-Fillion (#30) has started the last three games for Toronto. He gave up 3 goals to Lansing but held Tormenta scoreless in his previous start. Fillion comes into Friday’s game with a 66.7 save percentage and one clean sheet.