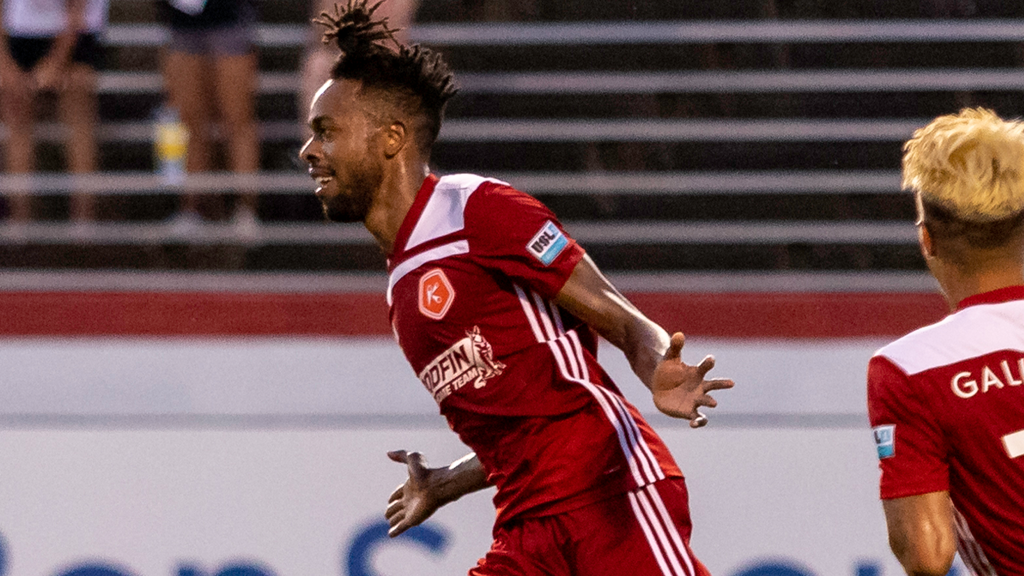 Dennis Chin found the back of the net for Richmond in the 17th minute only to have it negated by the offside flag. Joe Gallardo sent in a corner from the left side and picked out Ivan Magalhães, who headed it off the near post. Chin put the ball into the back of the net, as the linesman put up his flag to call the Jamaican offside.

Mutaya Mwape found space for a shot in the 37th minute. Wahab Ackwei won the ball in the midfield and had a quick touch to get the ball to Mwape. He played it ahead for Dennis Chin, giving it back to Mwape. The Zambian took a touch and launched a shot on frame, forcing a save from Christian Herrera.

A foul on the edge of the Orlando box set up a free kick chance for Richmond. Matt Bolduc charged towards goal only to be brought down by Jordan Hill. The referee pointed for a foul on the very edge of the box. Joe Gallardo went for a shot, pinging it off the wall and punched away by the Orlando keeper.

The Kickers had three consecutive chances in the 57th minute as the Orlando defense stood strong. Scott Thomsen slipped Matt Bolduc through the OCB backline and had his shot denied by Herrera. Thomsen picked up the loose ball and went for a shot that was also blocked. The ball rolled out as Braeden Troyer, who went for the long range effort that was parried away by Herrera.

The Kickers ended their scoring drought of 619 minutes in the 70th minute through Dennis Chin. Mutaya Mwape had pressure and played the ball back to Matt Bolduc. He kept swinging the ball out to Wahab Ackwei out on the left wing. He lofted the ball in towards Chin at the penalty spot. The Jamican caught the ball on the volley and put it back to the near post out of the reach of the Orlando keeper.

Things got chippy in the 83rd minute, seeing three players being sent off. Akira Fitzgerald was first issued a straight red card, followed by William Bagrou and Randy Mendoza for Orlando in 83rd minute.

Richmond takes the three points on the road next Friday as they go on the road to Toronto FC II for a 4:00 p.m. kickoff. The match will be streamed online on ESPN+. Stay up to date with the Kickers at RichmondKickers.com.