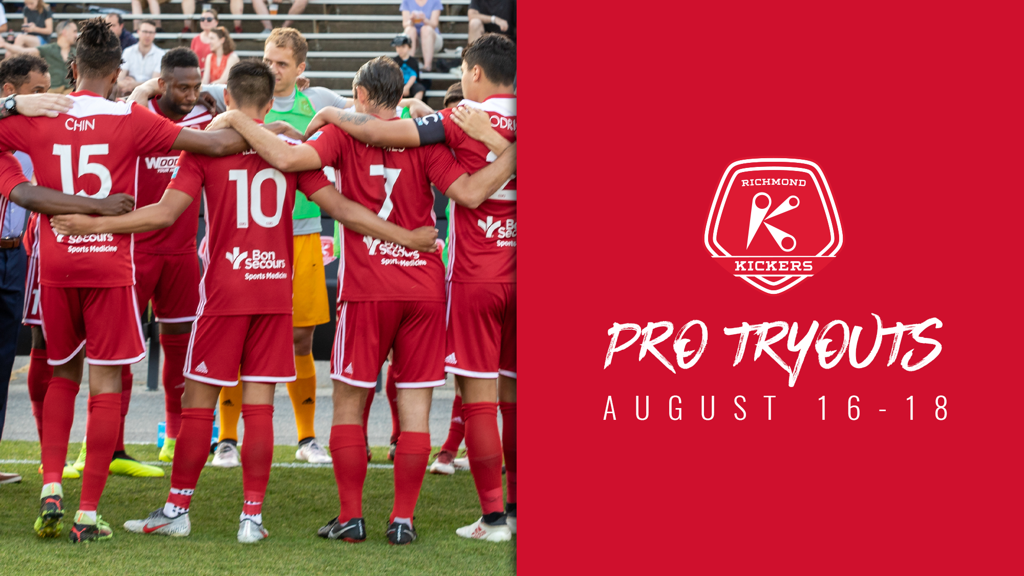 The Richmond Kickers announced that the club will host midseason open tryouts August 16-18, 2019.  A select number of players will be invited to participate in three days of intense training and scrimmages in front of technical staff at the Kickers state-of-the-art training facility Ukrop Park and at the Kickers home field at City Stadium in Richmond, Virginia. Eligible college seniors, qualified free agents and talented amateur players that are seeking a professional contract are encouraged to register now at RichmondKickers.com. All participants will receive a ticket to the Richmond Kickers pro match against Toronto FC II at City Stadium August 17.

“The Richmond Kickers have always had a tradition of finding talent from our Pro Tryouts,” said Kickers Head Coach David Bulow. “We are hoping to continue that trend by adding an opportunity to find a player that can help us win a championship before the roster freeze for the 2019 season.”

Attendance at the player combine is one of the best ways to ensure that a player’s complete soccer resume and professional evaluation is in front of key decision makers for the Richmond Kickers. Training sessions will take place in front of professional coaching staff, led by Kickers Head Coach David Bulow, who will be joined by an array of experienced technical staff and former professional players.

Interested players should submit an application and $100 registration fee by August 9, 2019. Space is limited and applications will be reviewed on a first come, first served basis. Registration fees are non-refundable. Application fees increase to $125 after August 9, 2019. Attendance at the first two sessions is required. The third session will be a select group chosen by the Richmond Kickers technical staff, which will play Kickers pro players.