Kickers, Triumph SC get chance at home contest in Third Round; Lansing, Madison would hit road 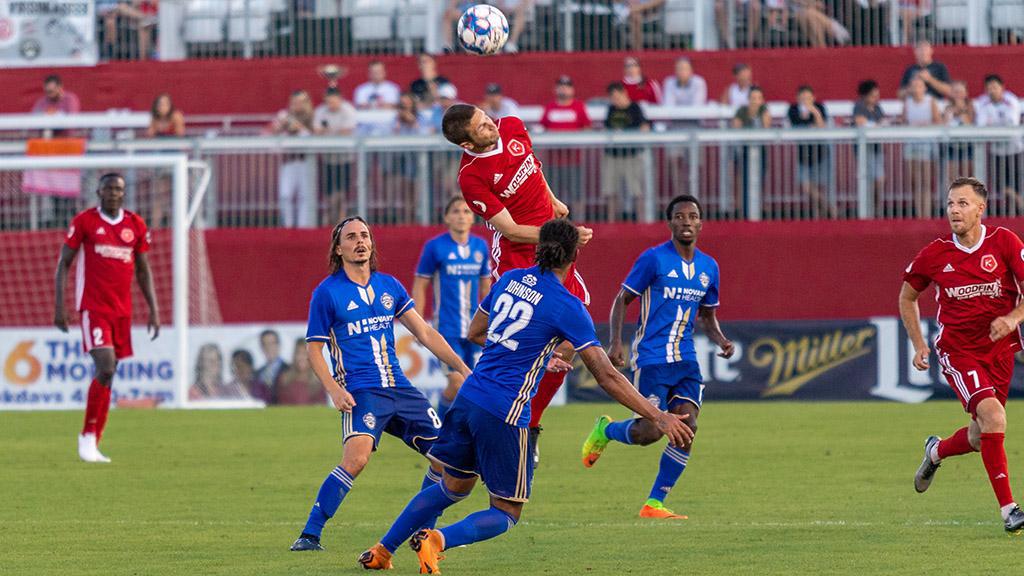 The Richmond Kickers could play host to the Championship's Charlotte Independence with a victory in the Second Round of the 2019 Lamar Hunt U.S. Open Cup on Wednesday night. | Photo courtesy Jessica Stone Phillips / Richmond Kickers

CHICAGO – U.S. Soccer announced on Tuesday morning the potential pairings and hosting scenarios for the Third Round of the 2019 Lamar Hunt U.S. Open Cup, with USL League One clubs the Richmond Kickers and Greenville Triumph SC both having the chance at home contests should they advance past their USL Championship opposition this week in the Second Round.

The Kickers, who face North Carolina FC on Wednesday night, would return to City Stadium for a matchup with either the Championship’s Charlotte Independence or regional qualifier the Florida Soccer Soldiers should they advance past NCFC.

Greenville Triumph SC, which hosts the Championship’s Charleston Battery on Wednesday, will head to face another Championship opponent in Nashville SC as it was drawn second in hosting priority, but should USL League Two’s South Georgia Tormenta FC 2 record an upset of NSC, Triumph SC would play host to the amateur squad from its League One rival Tormenta FC.

Forward Madison FC will hit the road should it find a way past the Championship’s El Paso Locomotive FC on Wednesday night, with the Flamingos drawn to visit either the Championship’s Saint Louis FC or USL League Two’s Des Moines Menace with a win in the Second Round.

Lansing Ignite FC, meanwhile, would visit either the Championship’s Pittsburgh Riverhounds SC or League Two’s Dayton Dutch Lions FC if it was able to record the upset against Championship side Indy Eleven on Wednesday night.

Every game of the Third Round will take place on Wednesday, May 29, to produce the 11 teams that will square off with Major League Soccer opposition next month in the Fourth Round. The contest will be aired live on ESPN+.

Most Read USL League One News