Three Named to USL League One Team of the Week 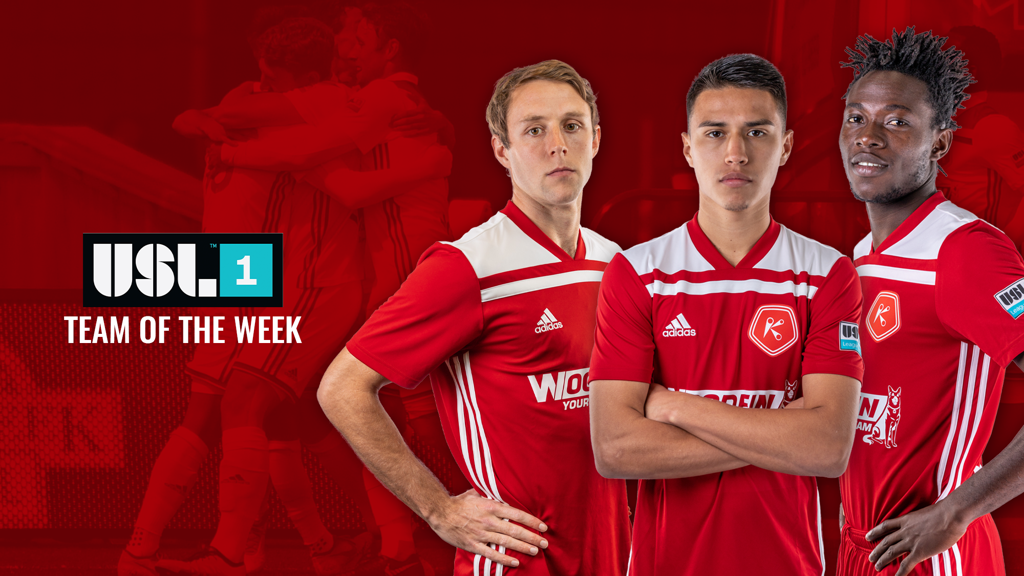 RICHMOND, Va. – (Tuesday, April 23, 2019) – USL League One announced on Tuesday that three Kickers players were named to the Team of the Week for Week 4: Wahab Ackwei, Joe Gallardo, and Josh Hughes.

Ackwei is making his second appearance this season for the USL League One Team of the Week. The Ghanian defender recorded a passing percentage of 80% and 8 clearances as the Kickers picked up their second clean sheet of the season.

Gallardo walked through the Greenville backline in solo effort to score his second goal of the season, tying for third in USL League One scoring this season. He also made six recoveries and won seven of 11 duels.

Hughes commanded the midfield for the Kickers, winning a team high six tackles. The midfielder won 10 of 14 duels and completed 26 of 33 passes en route to the Kickers first victory of the season.

USL LEAGUE ONE TEAM OF THE WEEK: WEEK 4

D – Wahab Ackwei, Richmond Kickers: Ackwei was at the center of the Kickers’ shutout in Greenville as he recorded five interceptions, made 10 recoveries and won 5 of 6 duels.

D – Matheus Silva, Orlando City B: Silva won 10 of 14 duels, completed 49 of 62 passes and made seven recoveries in a solid individual display against Forward Madison FC.

D – Shaun Russell, Forward Madison FC: Russell scored what proved to be the winning goal for the Flamingos, and also won 6 of 7 duels and recorded three interceptions defensively in Orlando.

M – Josh Hughes, Richmond Kickers: Hughes tied for the team high with five interceptions, won 10 of 14 duels and completed 26 of 33 passes as the Kickers won their first game of the 2019 season.

M – Josiel Núñez, Forward Madison FC: Núñez played a key role in both of Madison’s goals, including scoring the first tally in the club’s history, as the Flamingos won on the road against Orlando.