Kickers Falter on the Road Against Lansing 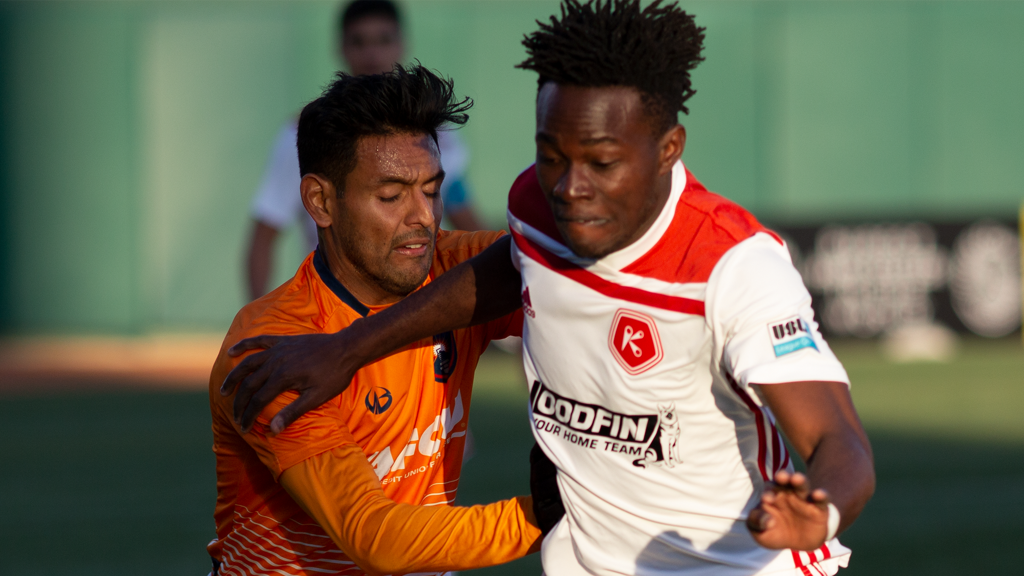 LANSING, Mi. — (Saturday, April 13, 2019) — The Richmond Kickers (0-2-1) fell on the road Saturday night against Lansing Ignite FC (2-1-0) at Cooley Law School Stadium. Going into halftime scoreless, Lansing scored two minutes into the second half through Nick Moon. Alex Bruce doubled the lead for Lansing in the 55th minute. Dennis Chin made his debut in the second half and pulled a goal back for Richmond in the 67th minute. LIFC responded three minutes later as Grant Stoneman scored the third and final goal of the night.

Three minutes into the match, Lansing had the first chance on goal. Xavier Gomez won the ball in the midfield, then fed the ball up for Alex Bruce. He turned and went for goal as Akira Fitzgerald made the easy stop.

Joe Gallardo won a free kick for the Kickers in the 10th minute. After making a run up the left side, Gallardo was tripped up on the edge of the Lansing box by Kyle Carr. He stood over the free kick and looked to sneak a shot in the near post as Michael Kirk was there to make the stop.

Lansing had a chance to go ahead in the 24th minute through Alex Bruce again. Rhys Williams found a way to get to the end line on the right side, getting enough space to whip in a cross. Bruce was there at the near post to get the shot off, putting it wide of the Richmond goal.

The home side took the lead two minutes into the second half through Nick Moon. Christian Silva controlled the ball for Lansing and pushed the ball out wide on the left for Moon. He quickly cut inside across the top of the Richmond box, finding the space to get a shot off and passed a leaping Akira Fitzgerald.

Lansing would go up 2-0 in the 55th minute through Alex Bruce. Rhys Williams received the ball on the right wing. He beat Scott Thomsen to whip in a cross for Bruce, who was making a far post run and just needed the tap in for the second goal of the match.

Richmond would get a goal back in the 70th minute from Dennis Chin, making his debut for the Kickers. Eli Lockaby flicked on a pass from Wahab Ackwei. Lockaby fought to get back the ball as Kirk knocked it away, right into the path of Chin to chip in for his first goal of the season.

Grant Stoneman responded three minutes later to restore the two goal lead for Lansing. Off an LIFC corner kick, Dennis Chin was able to get a header on the ball trying to clear it out. Instead the ball fell to the feet of Stoneman, who took a touch to his right to get enough space for putting his shot across the face of goal for the third of the night for Lansing.

The Kickers are back on the road next Saturday night as they make the trip south to take on Greenville Triumph FC at Legacy Early College. Kickoff for that match is set for 7:00 p.m. and will be shown live on WTVR CBS 6.3 and online through ESPN+. Stay up to date with the Kickers at RichmondKickers.com.