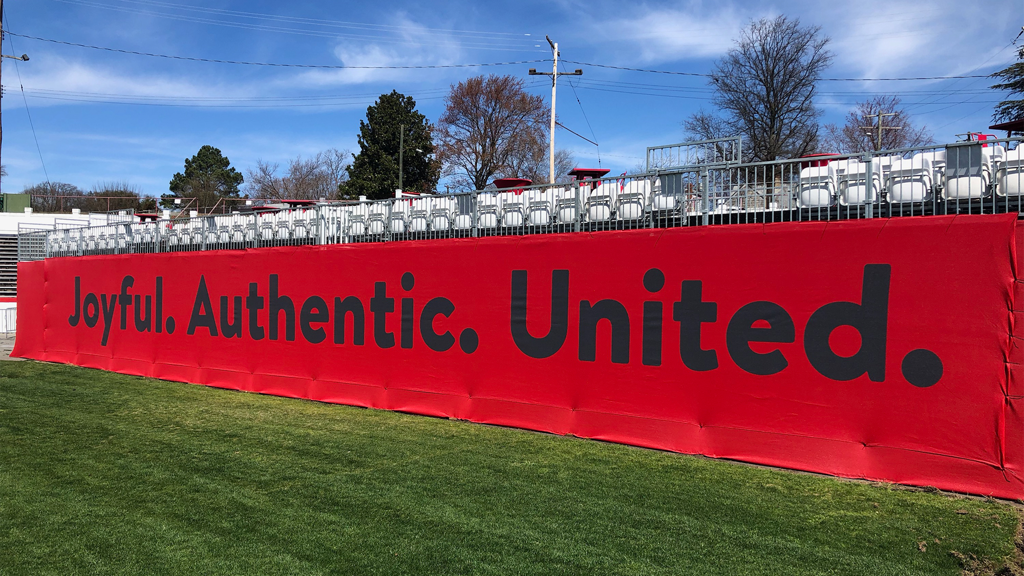 Some of the new improvements to City Stadium include:

“This is my third year managing the Stadium and I am thrilled about the new improvements and investment,” said Scott McGuire, Stadium General Manager. “From what I know, these are the first major upgrades to City Stadium since the mid 1990’s. We want City Stadium to be a singular venue for Carytown and RVA to host pro soccer and other community gatherings such as RVA Field Day, Sunday Farmer’s Markets, running clubs, festivals, corporate family days and much more.”

The Kickers would like to thank E.J. Wade Construction, HKS Architects and Draper Aden Associates for all of the work they have put into making the improvements at City Stadium.

“When we started in January to embark on the next chapter for this storied pro soccer franchise, we aimed to look at the venue with fresh perspectives,” added Matt Spear, Kickers Pro Team President. “City Stadium is 90 years young, so it’s craving love and ripe for upgrades. Huge thanks to and leadership from Stadium GM Scott McGuire as he cares deeply about the soccer environment, the fan experience, and hosting fun, entertainment activities beyond just great soccer.”

Plus on Saturday’s March 30 home opener, you can enjoy new vendors such as New Kent Winery and Gelati Celesti, along with our returning partners such as Premium Distributors (beer), Papa John's, Sticks, Four Brothers, and Dippin' Dots.

Questions regarding City Stadium including interest in hosting events, becoming a vendor or sponsorship, please contact Scott McGuire at smcguire@richmondkickers.com.